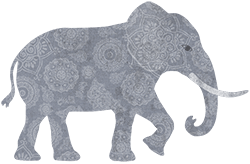 As I type this, it’s late-May in 2020. Lockdown is slowly starting to lift, but it’s still hard to remember a time when I could hug my friends, shake the hands of strangers I meet. In total I think I’ve had around 22 weddings reschedule, and 2 cancel outright. Caitlin and Steve decided to do neither of those things, and instead made the decision to have covid elopement.

It would have been very easy for Caitlin and Steve to simply postpone their wedding. Change the date to 2021. All their guests would have understood, and no doubt their suppliers and vendors too. But these two just really wanted to get married! So on a very chilly autumn afternoon we met at the ever sublime Somerley House in Sutton Forest. This was to be their wedding venue for the big day, and still is – their ‘big’ wedding will be in 2021. But on this icy Southern Highlands afternoon, there would only be five people in attendance at this covid elopement.

That time I was both photographer and witness

I was there to take photos. My wife Michelle was there to shoot a film (you can scroll to the bottom of this post to see her film). My friend Alex Lollback was the celebrant. And the other two people were, of course, Caitlin and Steven. In fact this elopement was so intimate that not only were Michelle and I there to document the day, we also witnessed the marriage and signed the register!

After the ceremony, we spent an hour or so taking some photos around the lovely grounds of Somerley House. We kept going until the sun dropped and it was bitterly cold. At that point, in place of heading to their big reception (that’ll wait until next year), they went out to dinner in Bowral, just the two of them.

Caitlin, Steve, thanks so much for having me along! I had a wonderful time documenting your ceremony. I’m really glad that you decided to just get married sooner rather than later!